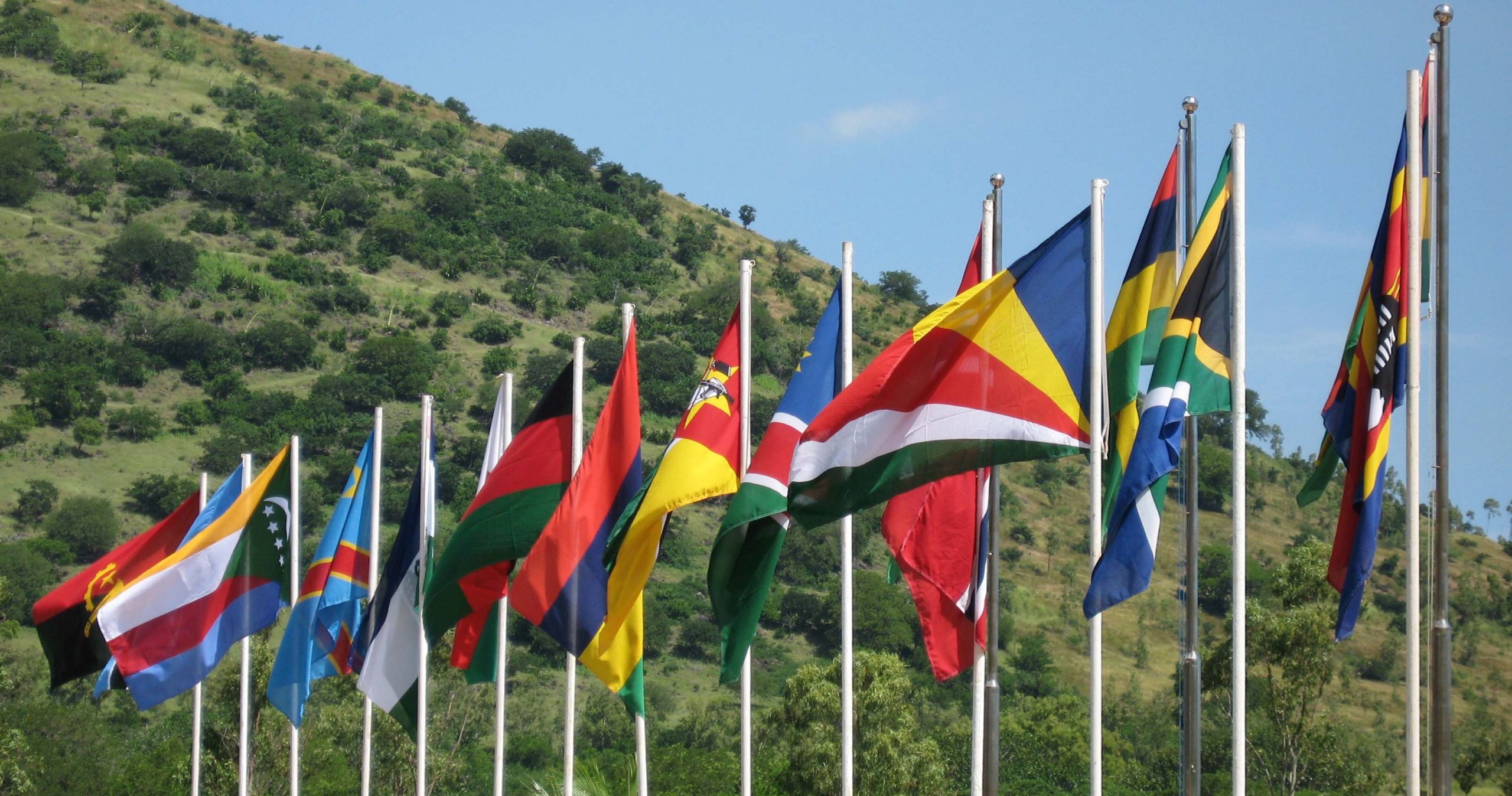 He not only disclosed plans for the ANC to strengthen its support for parties working to “entrench democracy” in Sudan, Libya and South Sudan, but also reiterated his party’s commitment to finding “African solutions” to ongoing conflicts in countries ranging from Mozambique and Lesotho to Sudan and Ethiopia.

That the ANC used the occasion of its anniversary to voice its dedication to promoting democracy and economic development generally in Africa, and particularly in the Southern African Development Community (SADC) region, is undoubtedly commendable.

Nevertheless, the ANC’s continuing reluctance to honestly talk about, let alone do something to address, the economic and political crisis in neighbouring Zimbabwe – despite it also having consequences for South Africa – is raising questions about the sincerity of the party’s self-declared resolve to find “African solutions to African problems”.

South Africa’s neighbour to the North suffered catastrophic economic policies and relentless oppression under Robert Mugabe’s rule for 38 years. And the land-locked country, which removed Mugabe from power in 2017, is still suffering from endemic corruption, uncontrolled inflation, stagnant salaries, widespread poverty and routine attacks on those calling for truly democratic governance and accountability under authoritarian President Emmerson Mnangagwa.

This permanent state of crisis has led hundreds of thousands of Zimbabweans to seek better futures in other countries, and especially in South Africa, over the years.

The exact number of Zimbabwean migrants in South Africa is not known, but estimates range from a few hundred thousand to more than two million.

About 180,000 Zimbabweans are currently in possession of a Zimbabwean Exemption Permit (ZEP) – a visa that excludes its holders from requirements of South Africa’s immigration and refugee acts and allows them to freely work, study or conduct business in the country. But many more Zimbabwean nationals are believed to be residing and working in South Africa without any visa or work permit.

In recent years, as South Africa’s own economy started to stumble and its unemployment rate reached record levels, some segments of South African society started to blame the large number of Zimbabwean migrants living and working in the country for their economic struggles. As a result, small political parties that employed anti-migrant rhetoric, such as ActionSA and the Patriotic Alliance, performed surprisingly well in the November 2021 municipal election.

In response to this growing anti-migrant, and especially anti-Zimbabwean, sentiment, the ANC sprung into action. Soon after the municipal election, the ANC government announced its intention to end the ZEP visa scheme and told all permit holders that if they do not obtain a different visa or voluntarily leave South Africa by December 31, 2022, they will face deportation. As most ZEP holders do not have the necessary qualifications to switch to work or study visas, this means they will either remain in South Africa as irregular migrants, or return home to try and make a living in an economy in permanent crisis.

The decision to end the ZEP scheme is hardly in line with the ANC’s self-declared commitment to help other African peoples overcome political, economic, and democratic challenges. Indeed, the move will only push more Zimbabweans into economic precarity and will do nothing to help resolve the crisis that caused them to migrate to South Africa in the first place.

If the ANC genuinely wants to be the unifying and results-oriented political party that President Ramaphosa purported it to be in his January 8 speech, it needs to abandon its populist anti-migrant policies, and even more crucially, it needs to stop ignoring the devastating political and economic crisis at its doorstep.

Unfortunately, South Africa is not the only country where the government is hellbent on denying the existence of a crisis in Zimbabwe. Indeed, the entire SADC seems willingly blind to the damage the Mnangagwa administration is inflicting on Zimbabwe and the wider region with its ineffective economic policies and oppressive governing methods.

As recently as October 2021 the SADC claimed that Zimbabwe’s problems are nothing but consequences of the “prolonged sanctions” imposed on the country by Western nations. The regional body further stated that sanctions “are a fundamental constraint and hindrance to the country’s prospects of economic recovery, human security and sustainable growth”.

This is an erroneous, and dangerous, take. It is not foreign powers that are keeping the country in a permanent state of crisis, but its own government. If the Mnangagwa government is allowed to blame all of the country’s ills on foreign powers, without taking any responsibility for its many, obvious and damaging mistakes and missteps, Zimbabwe can never get back on its two feet and stop being a challenge for the region.

However, even if Zimbabwe’s dilemmas and failings were solely the consequences of modern imperialist schemes, it would not be acceptable for the SADC countries to make a few supportive statements and abandon Zimbabwe to its fate. If Zimbabwe is still under an imperialist attack, then SADC countries should step forth and introduce comprehensive measures to help their besieged brothers and sisters in the country.

Indeed, it is time for SADC nations, led by South Africa, to propose “African solutions to African problems” and establish country-specific migrant quotas and formal procedures to help deal with the demanding Zimbabwean “situation”. While SADC leaders can preach about mysterious imperial plots and pretend there is no debilitating political crisis in Zimbabwe, they simply cannot do away with the victims of oppression and bad leadership on the ground: the hundreds of thousands of migrants compelled to seek sustainable economic opportunities and jobs in SADC countries, especially in South Africa.

Many are low-skilled migrants who require entry-level jobs in the farming, manufacturing, transport and hospitality industries. Some are skilled migrants who seek jobs in, among other sectors, education and health. Others are informal traders and small business owners who want to establish sustainable enterprises. Without SADC’s formal support and interventions, however, many will remain enormously deprived and subject to exploitation.

Hence, in 2022, the SADC has two options. It can either stick with the narrative that Zimbabwe’s problems are caused solely by “foreign plots”, and continue to turn a blind eye to Zimbabwe’s governing party ZANU-PF’s tyrannical policies and omnipresent failures. But it should accept that if it chooses this path, its member states, and especially South Africa, will continue to see thousands of irregular migrants rushing to their borders. Or the SADC can choose another path and take the necessary steps to promote democracy and support economic development in Zimbabwe by accepting and exposing the failures of the ZANU-PF.

The former liberation parties that dominate the SADC’s ranks have to admit that regional inaction has clearly bolstered the often unruly and violent regime in Harare. African nationalism and historical considerations should not be used to mollify Zanu-PF’s leadership and obfuscate its sheer brutality and established incompetence.

One of the SADC’s crucial shortcomings is the failure to monitor and help rectify problematic developments in Zimbabwe (and elsewhere) in good time. The SADC, for instance, did not anticipate the November 2017 military takeover that deposed former President Robert Mugabe or the flawed elections that followed the bloodless coup, but it eagerly endorsed both developments.

Today, there are credible fears that the government and the Zimbabwe Election Commission are conspiring to limit new voter registrations for the 2023 general and presidential elections – and the SADC, as usual, is silent on such an injustice.

Systematic voter suppression does not bode well for a nation desperate to hold free and fair elections and gather global support for an economic turnaround. In fact, it will certainly lead to more Zimbabwean migrants flocking to the adjacent countries that support Harare’s dubious modus operandi but are rather displeased by irregular migration.

Going forward, the SADC must pay extraordinary attention to Zimbabwe and steer it towards holding credible elections. After all, the SADC has a responsibility to advance “common political values, systems and institutions” and safeguard the wellbeing of all its citizens – including Zimbabwe’s distressed migrants. And the ANC, which reinstated its commitment to supporting democracy and economic development in the region on January 8, should lead these efforts.

Manage Cookie Consent
To provide the best experiences, we use technologies like cookies to store and/or access device information. Consenting to these technologies will allow us to process data such as browsing behavior or unique IDs on this site. Not consenting or withdrawing consent, may adversely affect certain features and functions.
Manage options Manage services Manage vendors Read more about these purposes
View preferences
{title} {title} {title}